Inscription by author on front free endpaper. News reporter for KTRK ABC-13 in Houston, Texas, since 1973, Zindler made local and national headlines when he closed down the infamous and legendary Chicken Ranch in Fayette County, Texas, near La Grange, after he made a news report on it in 1973. In fact this story was so spectacular it was featured in two 1974 issues of Playboy magazine, was the basis for the Broadway and film musical The Best Little Whorehouse in Texas, as well as the song La Grange by ZZ Top. In September 1988, he made history when he signed an unprecedented lifetime contract ...
View More... 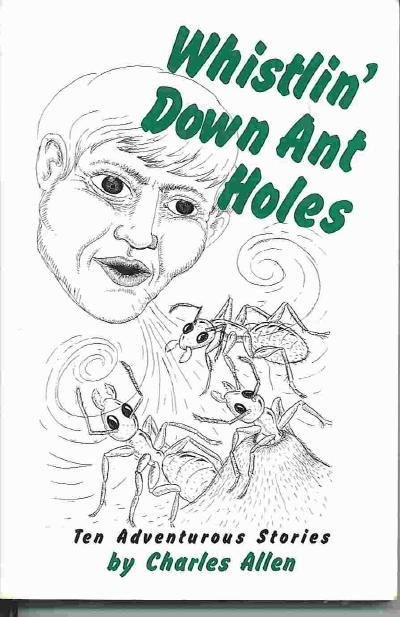 Inscribed by author. Cover of book states "ten adventurous stories" and there are ten listed on the rear cover. Title page and rear cover blurb, however, refers to "11" and there are eleven titles listed in the table of contents. One of these days, I'll actually count them inside the book, but not tonight. Table of contents shows "about the author" on page 227, but it is actually on page 229. No, I won't be counting the pages. ; 8vo 8" - 9" tall; 229 pages; 16990; Signed by Author
View More... 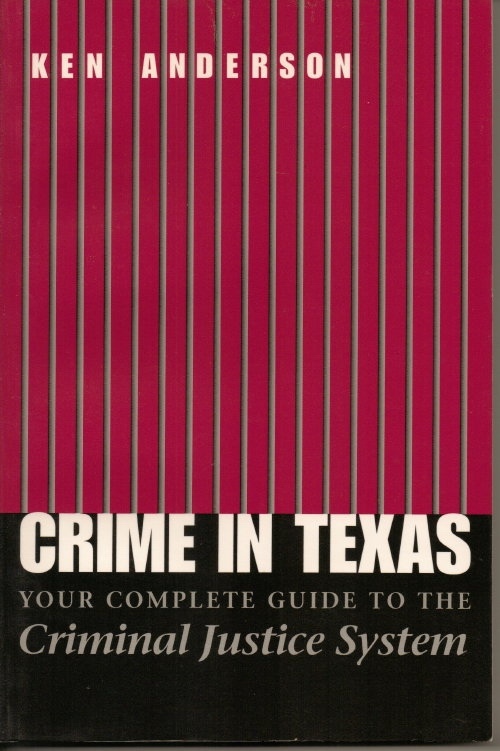 Inscribed by Ken Anderson. The author's royalties are being donated to various children's charities. The Texas criminal justice system has come a long way since the early 1990s, when a vicious crime spree by paroled murderer Kenneth McDuff convinced lawmakers and citizens that the system had broken down. In this book, District Attorney Ken Anderson describes major reforms that followed the McDuff case as he provides a complete overview of the criminal justice system in Texas. Using simple language that any citizen can understand, Anderson describes all aspects of the system--officials (police,...
View More... 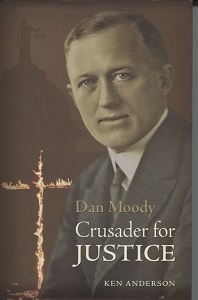 Inscription from Ken Anderson to Taylor, Texas's former Historian. During the 1920's, the Ku Klux Klan was a national power, active in all 48 states, with 3 million members. In Texas, the Klan had 170, 000 members. Dan Moody obtained the first convictions and prison sentences against the 1920's version of the KKK. He then rallied public opinion against the Klan in a race for state attorney general. Moody defeated the Klan candidate in a run-off election. The New York Times would later declare Moody's victory "the death-knell of Klan domination" in Texas. At age 33, Moody was elected Te...
View More... 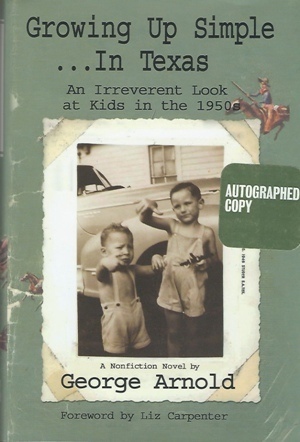 Inscribed by George Arnold. Growing Up Simple is a collection of 16 chronologically-set vignettes about the unbelievable hijinks of a group of hellishly creative pranksters as they come of age during a far, far simpler time for kids-in the placid, black and white world of the 1950's. Endpapers cracked but still solid. Autographed Copy label on front panel. ; 8vo 8" - 9" tall; 231 pages; 31234; Signed by Author
View More... 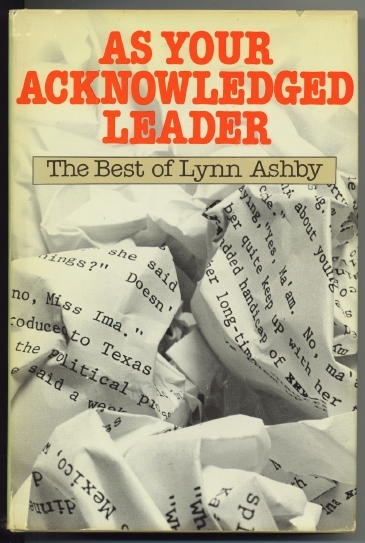 As Your Acknowledged Leader The Best of Lynn Ashby 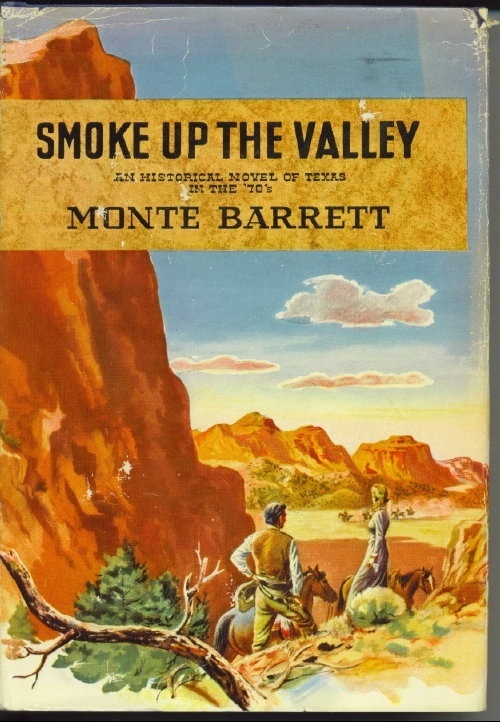 A Texas Ranger edition, limited and signed (by Monte Barrett) , NOT a facsimile edition nor is it antiquarian, being published less than 100 years ago. This is an authentic picture of the frontier in the days when law and order were slow to catch up with the influx of hardy seekers of fame and fortune. A varied assortment of distinctive characters peoples the Western scene; the wranglers and rannies of the "spreads"; the slow-moving but determined German nesters; the gamblers and thieves and "Pecos cowboys"; the hard-riding Texas Rangers under their meticulous major. Map endpap...
View More... 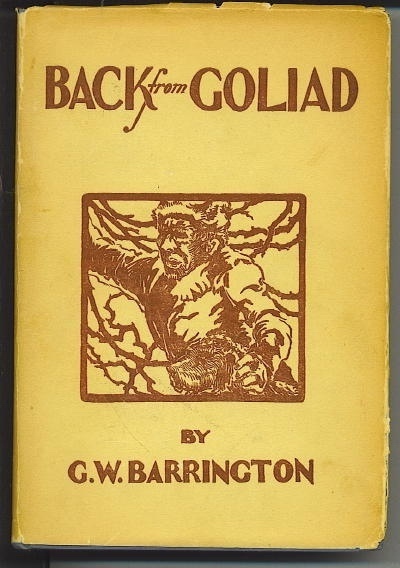 A truthful narrative written in the style of fiction to make it "more readable and interesting". It is the personal experience of a Texan patriot, his own story of the Battle of Goliad, which later became the boomerang to the Mexican army and which was to bring the pitiful cry, "Me no Goliad!", on the banks of Buffalo Bayou shortly afterward. Inscribed by the author to the R. Linn Crocketts. Listed in the University of Texas Resources for the Study of the Texas Revolution. Tanned, chipped, torn DJ in mylar book jacket cover. ; Small 8vo 7½" - 8" tall; 152 pages; 21859...
View More...

Eighter From Decatur, Growing Up in North Texas

Insights into the ways of a small North Texas county seat during the first decades of this century. Personal experiences, newspaper stories, historical information, yarns, and anecdotes—some humorous, some sad—are intertwined to give present-day readers a firsthand feel for the attitudes, customs, and conditions of an earlier time. Texana lovers, social historians, and those with a small-town background will find this book an entertaining chapter in the exploration of the roots of Texas culture. Inscribed by author. Small closed tear center top edge of DJ, in mylar book jacket cover. ; Sma...
View More... 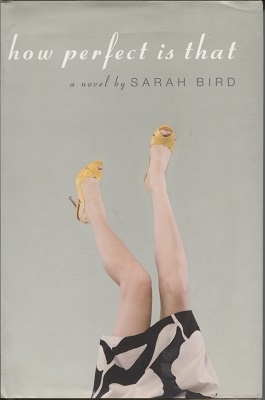 How Perfect Is That, A Novel 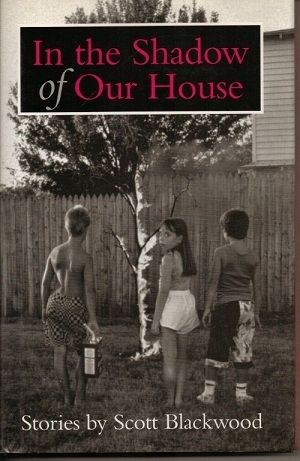 In The Shadow Of Our House 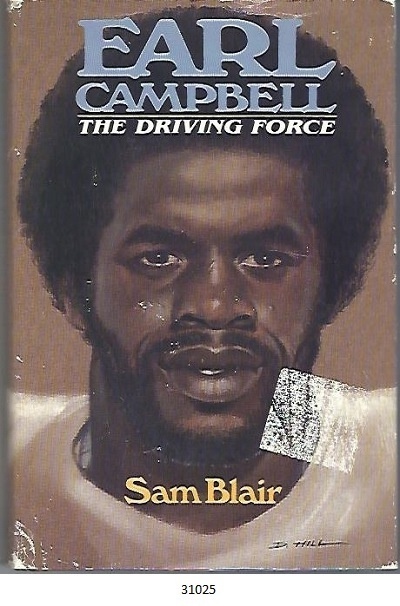 Signed by Sam Blair. This biography of Heisman Trophy winner turned Pro football player for the Houston Oilers presents a portrayal of the making of a superstar. DJ rubbed and edgeworn with a square white spot on front. ; 175 pages; 31025; Signed by Author
View More... 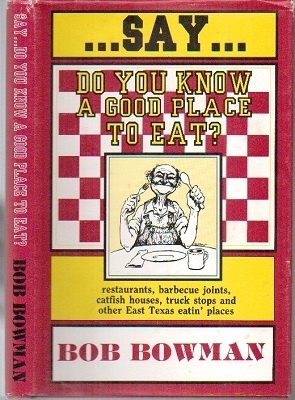 A delightful collection of some of the best and most unusual eating places in East Texas. Includes a number of excellent, top-rated restaurants, but mostly you will find inside its pages a lot of good country cafes and diners whose cooks boast they will never let you leave hungry. Edgewear, mostly to DJ, and light foxing to page edges. SIGNED BY BOB BOWMAN. ; Drawings; Small 4to 9" - 11" tall; 132 pages; 30385; Signed by Author
View More... 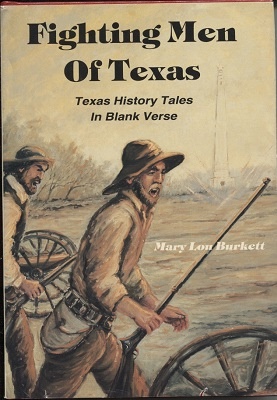 Inscribed by author. Celebrates the fighting men of Texas from the days of the Texas Revolution to the present. Price-clipped DJ has one very tiny tear along bottom edge. Image of signature available. ; Small 4to 9" - 11" tall; 159 pages; 31344; Signed by Author
View More... 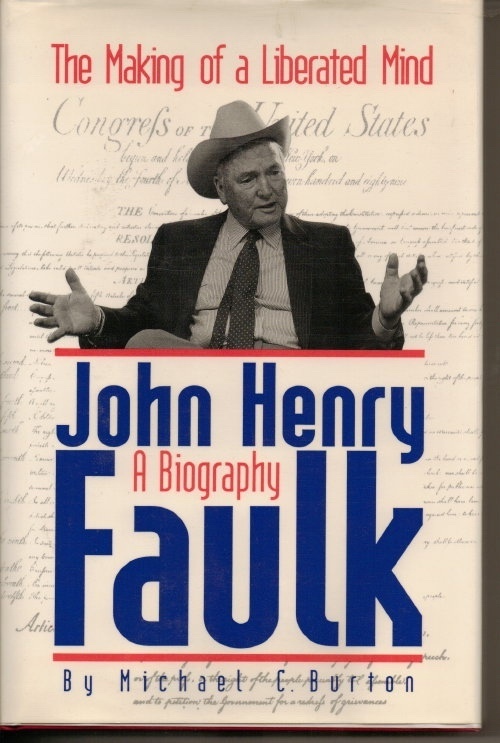 John Henry Faulk: The Making Of A Liberated Mind A Biography 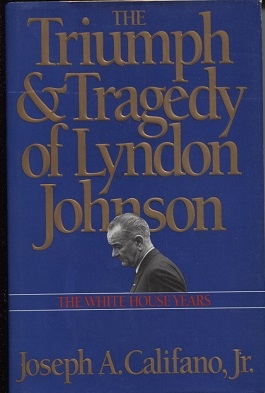 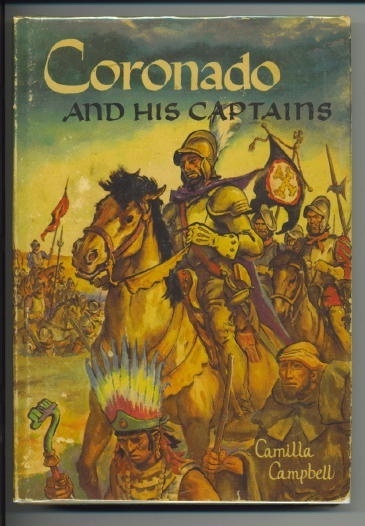 Coronado And His Captains 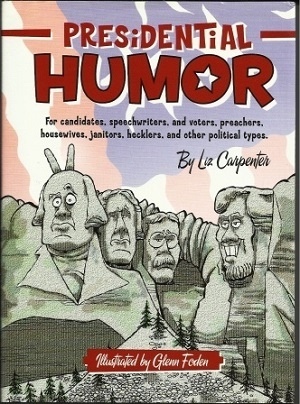 Inscribed by Liz Carpenter. Presidential Humor is an entertaining, historic, and amusing little volume written by that witty and wise woman with a wealth of Washington wisdom and experience. Drawing upon her White House experience and her command of American history, Liz Carpenter makes humor presidential. Front and rear gutters cracking, otherwise like new. ; 12mo 7" - 7½" tall; 120 pages; 27692; Signed by Author
View More...