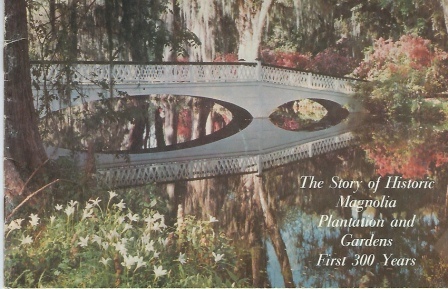 Since the early days of the colony of Carolina, this plantation has been the home of a family which played an important role in the making of America. Three centuries ago, Magnolia Plantation, situated on the Ashley River 10 miles from the present site of the City of Charleston, became the first residence of the American branch of the Drayton family, whose roots have been traced back to the Norman conquest of England. Page 2 lists the direct line of ownership of the Plantation. Black and white photographs include slaves (who were called "employees") and cabins, as well as their graveya... View more info