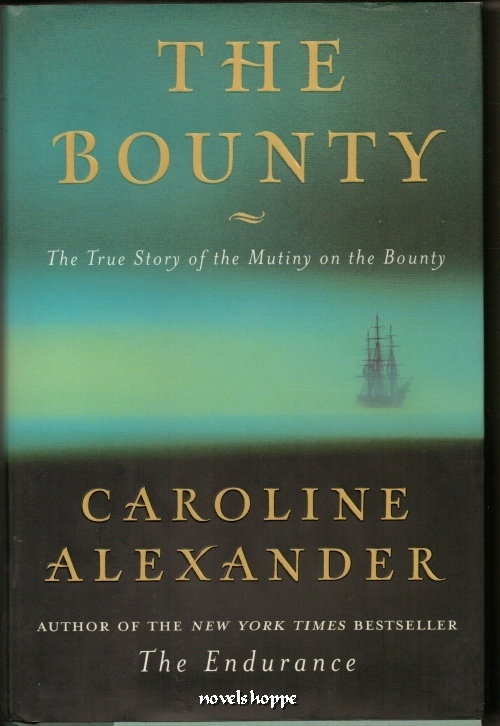 The Bounty: The True Story Of The Mutiny On The Bounty

More than two centuries have passed since Master's Mate Fletcher Christian mutinied against Lieutenant Bligh on a small, armed transport vessel called Bounty. Why the details of this obscure adventure at the end of the world remain vivid and enthralling is as intriguing as the truth behind the legend. Minor crinkle to upper edge of DJ. ; Small 4to 9" - 11" tall; 491 pages; 29685 View more info

The Discovery Of The Bismarck 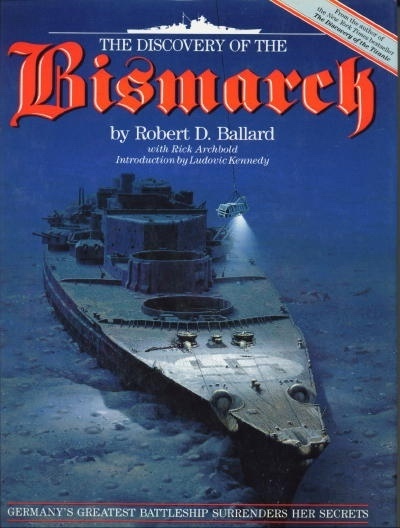 The Discovery Of The Bismarck Germany's Greatest Battleship Surrenders Her Secrets

Using a new system of underwater exploration technology, the author and his team have located the Bismarck off the Atlantic coast of France. In a first person account of his work, the author recounts the history of the German warship. B/w and color illustrations of the wreck by Ken Marschall ; 4to 11" - 13" tall; 231 pages; 28781 View more info 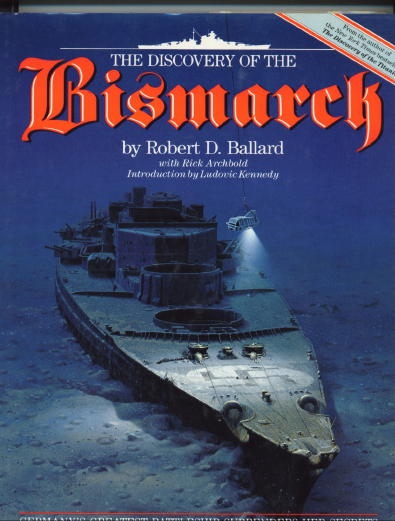 The Discovery Of The Bismarck Germany's Greatest Battleship Surrenders Her Secrets

Using a new system of underwater exploration technology, the author and his team have located the Bismarck off the Atlantic coast of France. In a first person account of his work, the author recounts the history of the German warship. The author's previous books include "Exploring the Titanic". Minor edgewear to DJ. ; 4to 11" - 13" tall; 231 pages; 28509 View more info

The author of the best-selling "The Discovery of the Titanic" explores the controversies surrounding the sinking of the cruise ship in 1915, in a large-format gift book featuring more than three hundred photographs and illustrations. ; 4to 11" - 13" tall; 227 pages; 24058 View more info 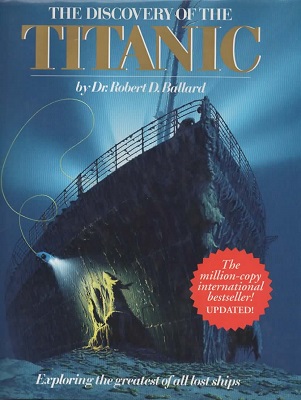 Author's signature on half-title page. The photos are spectacular. I looked for Leonardo DiCaprio but never could find him...; Color and B/W photographs and drawings; 4to 11" - 13" tall; 238 pages; 31573; Signed by Author View more info 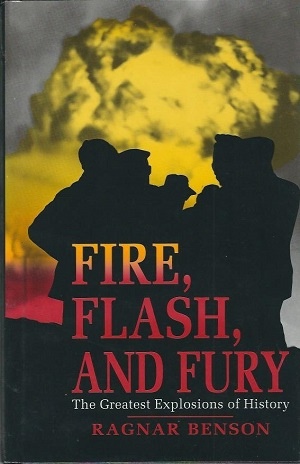 Fire, Flash, And Fury The Greatest Explosions of History

Have you ever heard about a major catastrophe on the radio or the evening news and imagined being there to witness (and, of course, survive) the incident firsthand? ; B&W Photographs; 8vo 8" - 9" tall; 176 pages; 24614 View more info 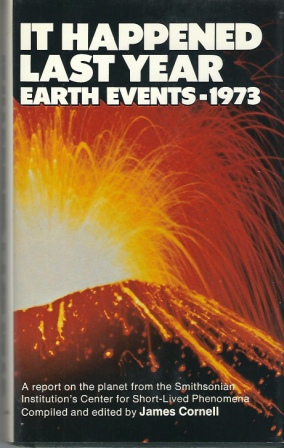 It Happened Last Year! Earth Events - 1973 A Report on the Planet for 1973 from the Smithsonian Institution's Center for Short-Lived Phenomena

In its ongoing yearly report, the Smithsonian Center for short-lived phenomena alerts the world. It is science news that is fantastic, but true--impressive, fascinating, and sometimes chilling like: dutch duck plague kills 20,000 mallards in South Dakota; rare "pulsating" glacier in USSR surges forward periodically, then beats a quick retreat; over 13,000 earthquakes recorded in the Red Sea during a two-week period. The year of 2017 will be more interesting! ! ! ; 12mo 7" - 7½" tall; 250 pages; 31456 View more info 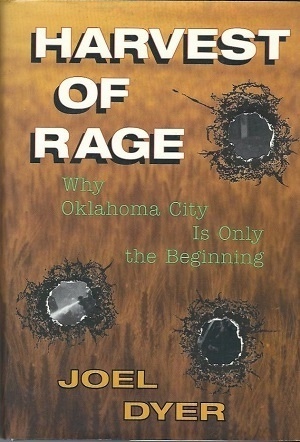 Harvest Of Rage Why Oklahoma City is Only the Beginning 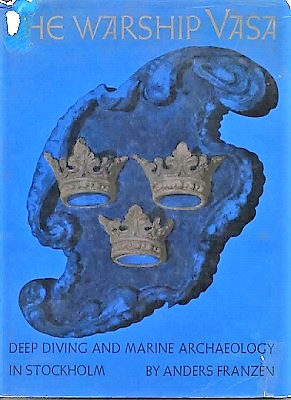 The Warship Vasa Deep Diving and Marine Archaeology in Stockholm

This mightiest warship sailed on August, 1628, from the quay at the Royal Palace only to heel over and sink before even having left the harbour. Here is the story of the remarkable way in which she was re-awakened from her 333-year sleep. She was the oldest, fully identified ship in the world and she was salvaged in 1961. Fascinating pictures. Previous owner's name and receipt showing his purchase from a London Antiquarian bookseller laid in. DJ is edgeworn, chipped and torn. ; B&W Illustrations and pictures; 4to 11" - 13" tall; 83 pages; 31776 View more info 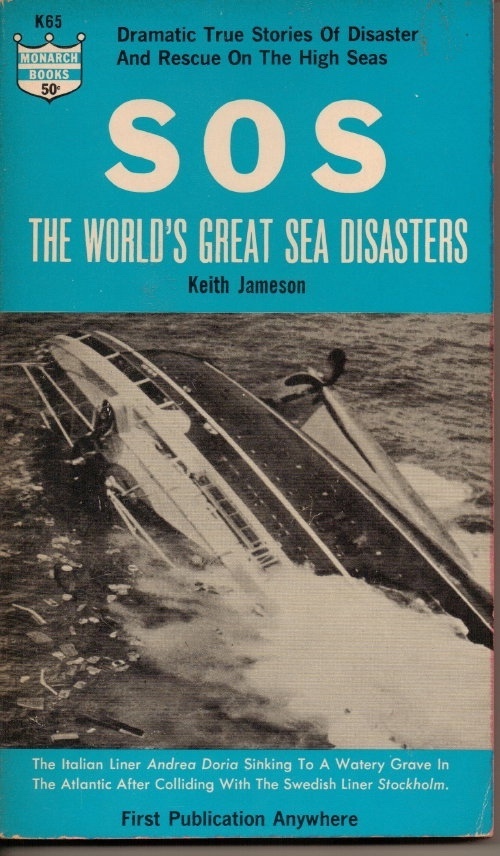 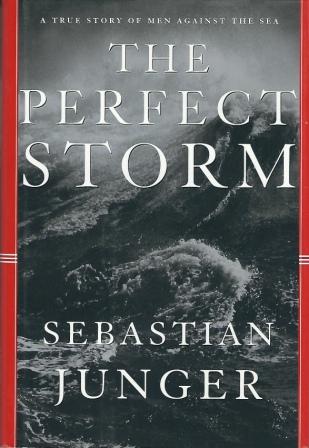 The Perfect Storm A True Story of Men Against the Sea

A real-life thriller that leaves us with the taste of salt air on our tongues and a breathlrss sense of what it feels like to be caught, helpless, in the grip of a force of nature beyond our understanding or control. We know, on the strength of this stark and compelling journey into the dark heart of nature, what it feels like to drown. ; 8vo - 8" to 9" tall; 227 pages; 17501 View more info 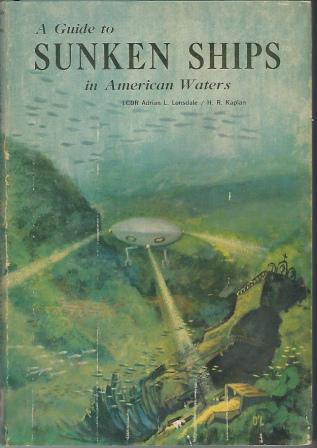 A Guide To Sunken Ships In American Waters 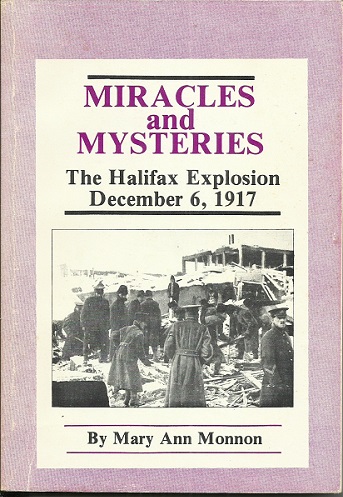 23 pictures. The Halifax Explosion occurred on Thursday, December 6, 1917, when the city of Halifax, Nova Scotia, Canada, was devastated by the detonation of the SS Mont-Blanc, a French cargo ship that was fully loaded with wartime explosives. The Mont-Blanc detonated after colliding with the Norwegian SS Imo in a part of Halifax Harbour called "The Narrows". About 2,000 people were killed by debris, fires, and collapsed buildings, and it is estimated that over 9,000 were injured. Until the Trinity test explosions of atomic bombs, it was the largest man-made explosion in recorded histo... View more info 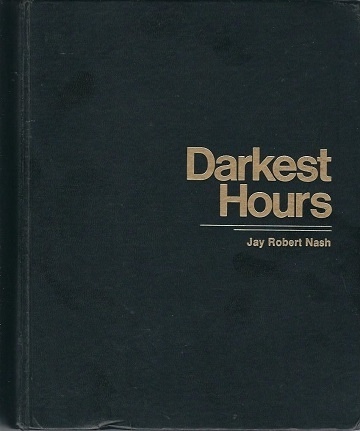 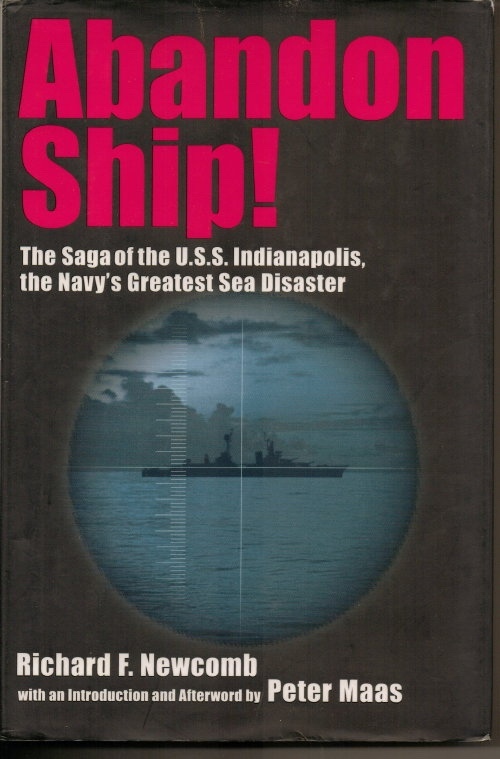 Abandon Ship! The Saga Of The U.S.S. Indianopolis, The Navy's Greatest Sea Disaster

This second edition (by Peter Maas) reveals facts previously unavailable to the original author Richard Newcomb, but uses Mr. Newcombs original book to tell us the story of the first book to describe, in vivid detail, the unspeakable ordeal the survivors of the "Indianapolis" endured, and the scrutinazation of the role of the U. S. Navy in the saga, as well as the forty-year crusade to restore Captain McVay's good name. A list of the survivors and an index also provided. Gently read condition. ; Small 4to 9" - 11" tall; 352 pages; 26190 View more info 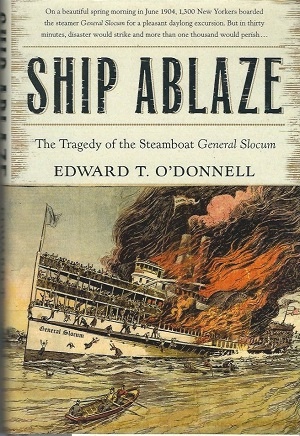 Ship Ablaze The Tragedy of the Steamboat General Slocum

On a beautiful spring morning in June 1904, 1300 New Yorkers boarded the steamer for a pleasant daylong excursion, but in thirty minutes, disaster would strike and more than one thousand would perish...; Small 4to 9" - 11" tall; 332 pages; 24133 View more info 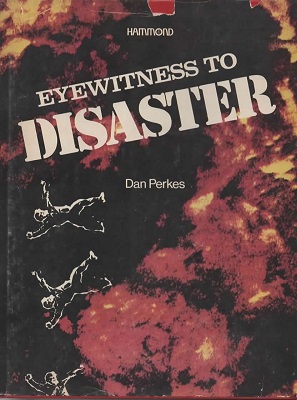 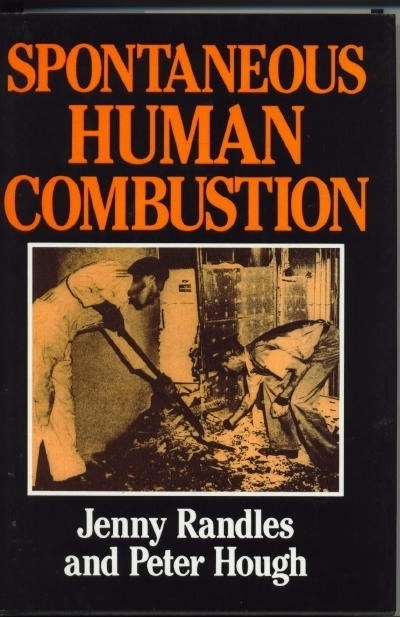 By: Randles, Jenny, and Peter Hough