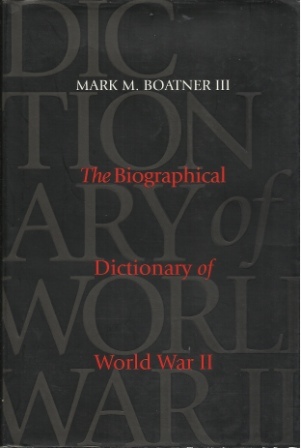 The War Lords, Military Commanders Of The Twentieth Century

An engrossing series of short, detailed biographies of forty-three of the dominant military commanders of this century. Each figure--his character and strategy, his talents and eccentricities--is assessed both in the context of his own period and in the overall history of twentieth-century warfare. The list not only includes those commanders whose names remain household words, but also men whose military genius has earned them unquestionable distinction even if their sphere of command was less extended. Minimal edgewear, DJ in new mylar. ; B&W Photographs; Small 4to 9" - 11" tall; 624 ...
View More...

War Bird, The Life And Times Of Elliott White Springs

Davis (1913-2006) received numerous lifetime achievement awards, among them election to the North Carolina Journalism Hall of Fame (1984) , induction into the North Carolina Literary Hall of Fame (2000) , and an honorary doctorate from Greensboro College (2000). During the 1980s he served as a juror for the biography category of the Pulitzer Prize. Davis split his time between homes in North Carolina and Patrick County, Virginia, until his death on August 18, 2006. It was his family's mill that made the first Springmaid linens. Davis (1913-2006) received numerous lifetime achievement awards, a...
View More...

Our Man In Panama

Patton A Study in Command

Equally intense admiration and dislike, Patton distinguished himself as a figure of unusual energy and notable ability. This book focuses on Patton's achievements in the battlefield during WWII. DJ lightly chipped with a couple of tiny closed tears. ; 8vo 8" - 9" tall; 280 pages; 30860
View More... 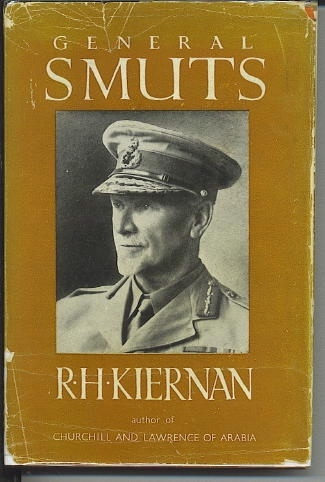 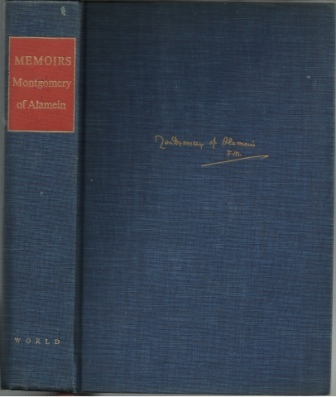 The Memoirs Of Field-Marshal The Viscount Montgomery Of Alamein, K. G.

When The Fighting Is All Over 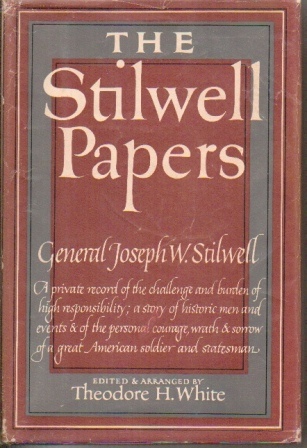 A Private Record of the Challenge and Burden of High Responsibility; a story of historic men and events & of the personal courage, wrath & sorrow of a great American soldier and statesman. 32 pages of photographs, maps and endpapers by Rafael Palacios. DJ rubbed, crinkled, and edgeworn, in mylar. ; 8vo 8" - 9" tall; 357 pages; 15188
View More... 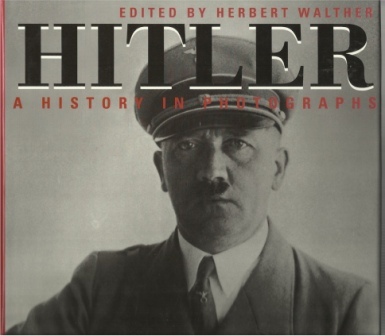 Hitler: Man Of The Century A History in Photographs

There can be little doubt that Hitler changed the lives of everyone who lived in Europe during his formative and active years, and since his death the lives of generations throughout the world have been, to a greater or lesser degree, altered because of his presence on the earth. It was hitler who revitalised and united Germany after the chaos and destruction of World War I. It was Hitler around whom the Nazi Party was based, which in his name built a massive war machine, redrew the map of Europe and stifled criticism of any kind. Previous owner's cataloging dots on lower spine of DJ. ; 4to 1...
View More...